When I was a kid I would love to watch a show every Saturday called "Creature Feature" it was hosted by a crazy character host called Dr. Paul Bearer. Every Saturday they would host two black and white monster movies. I would sit there glued to that small 12" screen paralyzed with fear as some of the scariest monsters ever would invade my living room.

My favorite was the werewolf. The clouds would part in the night sky to show a full moon and the transformation would begin. Nails would grow, hair would sprout, Fangs began to extend from the long wolf snout, that once was a normal man's face. It was gruesome!

But the scariest of all came in the form of a bat that would flutter into the open window and poof transform into the fiendish vampire ready to suck all your blood turn you into a mindless puppet vampire to be controlled in his ghoulish army of undead.

But the most fearsome, most frightening, the scariest creature of all wasn't in the movies but was at my elementary school. It was THE SCARY LUNCH LADY AND HER MYSTER MEAT!

Have fun with this new spooky prop from JamStone Magic. 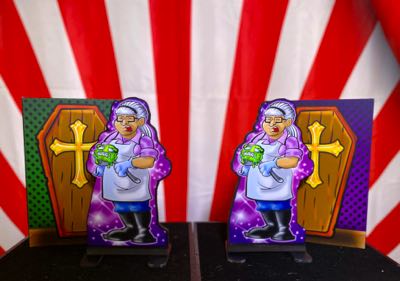 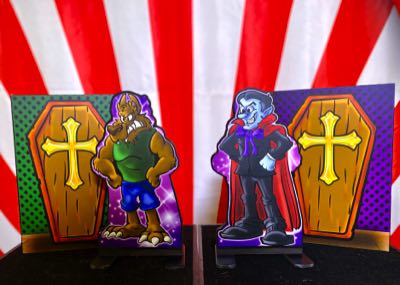