Everyone knows that Dracula sleeps his days away in his comfy coffin and at night under the cover of darkness he search for haples victoms to prey upon. Most also know that he also transforms in the light of the full moon in to a bat but what they don't know is that he loves watching night time baseball games as well.

Show Dracula then cover him with the coffin. Turn and lift the coffin telling the audinece that he will turn into a bat. As you lift the coffin the audience sees a bat but it's a baseball bat. recove turn the prop around again and the turns back into Dracula, a third turn and he's gone! Oh no theres a vampire loose. As you turn to look around for the lost vampire the audience sees the real vampire bat on your back.

Have fun with this new spooky prop from JamStone Magic. 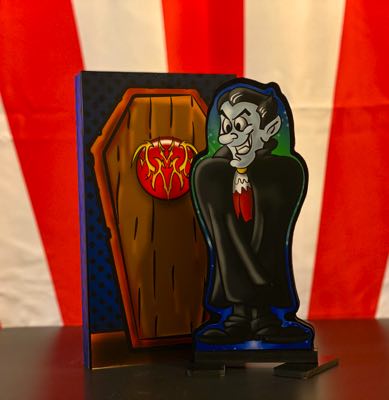 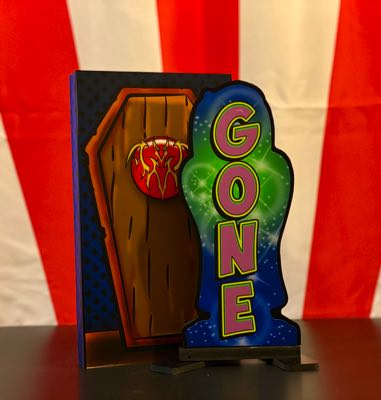 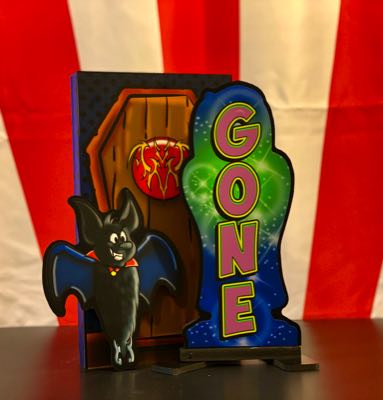