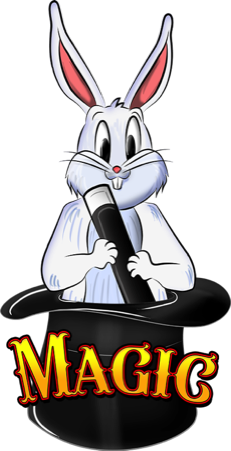 A beautifuly vibrant circus clown with a 3d sponge nose is shown after moving the big red and white big top.

"Many people have said that it is the clothes that make the man. But in the clown world it's the nose that makes the clown."

The clown's nose has disappears leaving a gaping hole in the clowns face. A child is brought up to help and is told that the clown has a running nose "it ran completely away" and that he/she is needed to help fix this “smelly" problem. after the magic words are said the big top is moved again an the nose magicaly returns. A great kids show trick. 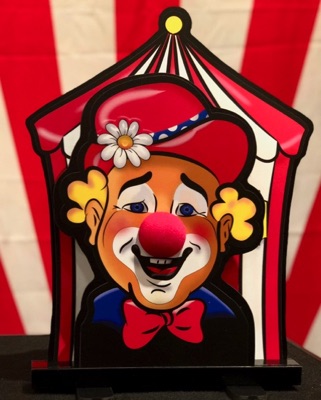 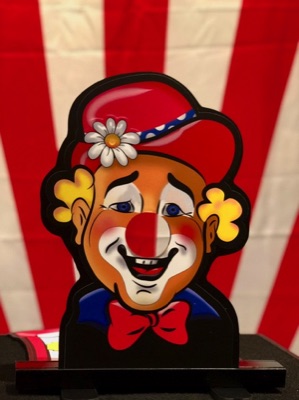 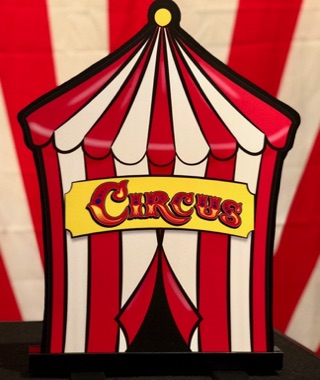 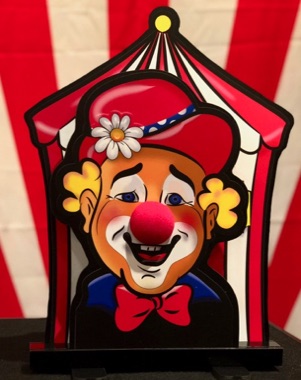